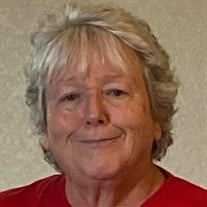 Donna Jeanne Payne, 78 of Brookfield passed away Saturday, May 15, 2021 at her daughter’s home in Brookfield. Visitation will begin at 1:00 pm. Tuesday, May 18, 2021 at the Rhodes Funeral Home with a Funeral Service to follow at 2:00 pm. with Reverend Jim Rogers and Kyle Waldrop officiating. Then on Wednesday, May 19, 2021 at 12:00 pm. there will be a Funeral Service at the Preston Bible Baptist Church in Preston- Hickory County, MO. with Pastor Don Kelderhouse and Reverend Jim Rogers officiating. A private burial will be in the Fairview Cemetery, Preston – Hickory County, MO. Services are under the direction of the Rhodes Funeral Home. In lieu of flowers memorial donations have been suggested to the Calvary Chapel Church, New Boston and/or The Tree House at Liberty Hospital and can be left at or mailed to the Rhodes Funeral Home, 216 Linn Street, Brookfield, MO. 64628. On-line condolences can be made at www.rhodesfh.com Donna Jeanne daughter of Nile Alexander and Floydella (Miller) Alexander was born February 27, 1943 in Monterey, CA. On February 6, 1965 she was united in married Alvin Loren Payne in Kansas City, MO. Alvin preceded her in death on May 9, 2018. Donna was a strong Christian woman and did her daily devotions. She enjoyed going to the senior center, playing bingo, reading, crocheting, willing to lend a helping hand, and spending time playing with Piper Lyn the Yorkie. Donna loved spending time with her great-grandchildren and her family. She is survived by her daughter, Tasha Rogers and husband Jim of Brookfield; three grandchildren, Khrissy Seaman and husband Taylor of Brookfield, Shawn Armstrong and wife Samantha of Linneus, and Melanie Lee and husband Tim of Willard, MO; six great-grandchildren, Lily, Ella, Evie, Brantley, Ava, and Easton; three brothers George Alexander and wife Dottie, Larry Alexander and wife Maddie, and Richard Alexander and wife Erma all from the state of Oregon; two brother-in-law’s and three sister-in-law’s, Jesse and Donna Payne, Bobby and Patty Payne, and Virginia Pearson all from the state of Missouri; several other relatives. Donna is preceded in death by her parents, husband Alvin Payne, a sister Joann Alexander, a brother David Alexander, and two brother-in-law’s Paul Payne and Bob Pearson.

The family of Donna Jeanne Payne created this Life Tributes page to make it easy to share your memories.

Donna Jeanne Payne, 78 of Brookfield passed away Saturday, May...