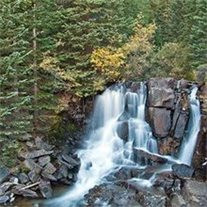 Gail Harrington, age 86, of Brookfield, died Saturday, August 26, 2017 at Pioneer Skilled Nursing Center, Marceline. A funeral service will be held at 2:00 pm Wednesday, August 30, 2017at Rhodes Funeral Home with Greg Blankenship officiating. Burial will follow at Wheeling Cemetery, Wheeling, MO. A visitation will be held Tuesday, August 29, 2017 from 5:00-7:00 PM. Memorials have been suggested to the charity of your choice and may be left at or sent to the funeral home, 216 Linn Street, Brookfield, Missouri 64628. On-line registry at www.rhodesfh.com Gail, son of Ira William Harrington, and Ora (Parker) Harrington, was born on October 21, 1930 in Oswego, Kansas. He served his country in the United States Navy and then, on January 28, 1956 he was united in marriage to Opal Irene McGuire; she preceded him in death on May 18, 2008. Gail enjoyed reading, gardening, and spending time outdoors He is survived by his daughter, Debra Smith and husband James, Brookfield, MO; two brothers-in-law, Donald McGuire, Mendon, MO; and Eugene McGuire and wife Linda, Higginsville, MO; as well as several nieces, nephews, other relatives and friends Gail was also preceded in death by two brothers, John Harrington and Claude Harrington; and two sisters, Goldie Harrington and Roselle Haga

The family of Gail Harrington created this Life Tributes page to make it easy to share your memories.