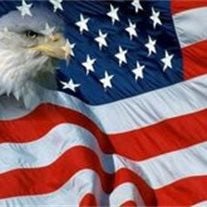 Obituary submitted by the family. Lavern Demarest, 85 Brookfield, died Monday morning Oct. 13, 2014 at Boone Hospital Columbia. The funeral services will be held at 11am Friday morning Oct 17, 2014, at Rhodes Funeral Home with the reverend Bill Montgomery, and Mr. Tom Parks officiating. Visitation will be at 9am till time of service at the funeral home, with the family receiving friends at 10am. The Elks Session of Sorrow will be held at 10:30am Friday. Burial will be at Rosehill Cemetery. Memorials to South Eagle Methodist Church or the Brookfield Senior Center can be left at the funeral home. Lavern was born Aug. 20 1929 to Stephen (Junior) and Daisy (Bowes) Demarest at their farm north of Brookfield Mo. He married Doris Jean Turner on Oct. 17, 1952 at Trinity Methodist Church, Brookfield. He worked for Brown Shoe Company for 30 years, where he was a United Boot & Shoe Workers union representative for several years. Later he farmed with Frank Crose for several years until retirement. Lavern served in the Army National Guard for 28 years, was a longtime member of the South Eagle community, and a 55 year member of the Elks Lodge #874. Lavern was a gun enthusiast, and an avid hunter. He also enjoyed spending time with his grandsons. He is survived by his wife, Doris of the home. Two daughters Janet & husband Ron Shelton of Bucklin, and Cindy Demarest of Brookfield. Two grandsons Daniel Farris and wife Breanna, of San Antonio TX, and Sean Smith and wife Stephanie of Davenport IA. Four great-grandchildren, Eric, Greta, Lenna, & Traven Farris of San Antonio TX. One sister-in-law Mary Demarest, of Kansas City MO, two nephews Richard, and Roger, and one niece Betsy. Lavern is preceded in death by his parents Jr. and Daisy, his beloved sister Louise (WeeGee) Cullen and her husband Frank, Brothers Lewis Demarest, Bud & wife Betty Demarest, and little brother Lyle, who died in infancy. Also nieces Becky Johnson & Connie Demarest, and a great-nephew David Demarest.

The family of Lavern L. Demarest created this Life Tributes page to make it easy to share your memories.

Obituary submitted by the family.