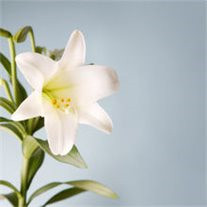 Mildred Imogene Smith, 91 of Brookfield, formerly of Warrensburg, passed away Sunday, April 8, 2012 at McLarney Manor in Brookfield. Graveside services will be held at 2:00 p.m., Wednesday, April 11, 2012 at the Missouri Veteran's Cemetery in Higginsville, MO. Minister Robert Deull will officiate. Memorials have been suggested to the American Heart Association or to the charity of the donor's choice. Those may be left at or mailed to Rhodes Funeral Home, 216 Linn, Brookfield, MO 64628. Online condolences may be left at www.rhodesfh.com. Mildred was born January 16, 1921 in Meadville, the daughter of Samuel Dickinson and Bertie Alice Baker Grant. She was united in marriage to Ralph Junior Smith on January 16, 1937 in Brookfield. She enjoyed all sorts of sewing, including crocheting, counted cross stitch, and knitting. In her early years, she also enjoyed painting. Many people would ask her to decorate birthday and wedding cakes. Mildred is survived by her son, Ray and his wife Norma Smith of Brookfield, a daughter, Beverly Smith of Brookfield, and a daughter-in-law, Shirley Smith of Tacoma, WA. Also surviving are her grandchildren: Ron and wife Lori Smith, Rick Smith, Tim Smith, Vicki and husband Greg Luther, Sean Smith, Amy Smith and Eric Smith. She is also survived by numerous great-grandchildren and great-great-grandchildren as well as her sister, Frances Rebo of Liberty, MO. She was preceded in death by her parents, a son, Wayne Smith, two sisters: Betty Demarest and Minnie Craft, and two step-brothers: Weaver and Ben Grant.

The family of Mildred Imogene Smith created this Life Tributes page to make it easy to share your memories.