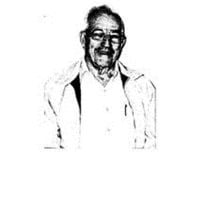 Rodney Spencer Cantwell, 84, Albuquerque, New Mexico, formerly of the Bucklin and MArceline areas, passed away on December 31, 2009 in Albuquerque. Graveside memorial services with Military Honors by the American Legion Green Hill's Post #57 will be held at 1:00 pm Saturday April 2, 2011 in the Bucklin Masonic Cemetery, with Mr. Kenny Sappington officiating. Memorials may be made to Honor Flight Inc. for World War II Veterans. On-line condolences may be sent to www.rhodesfh.com Rodney Spencer, son of James Wade and Beryl Dean (Kathan) Cantwell was born on on August 15, 1925 in Bucklin. He was educated in the Bucklin School system and in 1943 graduated from Manual Vocational and Training High School in Kansas City, Missouri. He then enlisted in the U.S. Navy and spent the next three years at Pearl Harbor, Hawaii and aboard U.S. Naval ships in the Pacific Theater. In 1946 after World War II, he spent the last months of his naval service at the Atomic Bomb Tests "A" and "B" in the Bikini Islands. Rodney was discharged in 1946 and enrolled at the University of Missouri School of Mines and Metallurgy in Rolla, Missouri under the G.I. Bill, studying mechanical engineering, where he met and married Geraldine Strain. In 1952, he began work in the engineering department of the Santa Fe Railway at Marceline, Mo. He was laid off in 1954 and performed work as City Engineer for the City of Marceline for two years. He then returned to the Santa Fe Railway until his retirement in December of 1983 at which time he was Superintendent of Shops at Topeka, Kansas. During his years with the Santa Fe, he also served in the states of Texas, California, New Mexico and Illinois. He then moved back to Marceline, where he built a new home and spent the next twenty odd years with his wife, accumulating some 500 acres of farm properties in the Ethel, Missouri area. He enjoyed farming his land, and was an avid hunter and fisherman. He was also a master craftsman and artist, working with metal, wood and stained glass. In November, 2004 for health reasons, the Cantwells moved to Albuquerque to be near their daughter, Belinda. His wife Geraldine passed away on August 25, 2007. He was also preceded in death by his parents and daughter, Belinda. He is survived by one grandson, Wade Baca, Albuquerque, his brother and sister-in-law, Laurence Wade and Josephine Cantwell, Wever, Iowa, one niece and one nephew and a host of friends and acquaintances from northeast Missouri and southeast Iowa.

The family of Rodney Spencer Cantwell created this Life Tributes page to make it easy to share your memories.