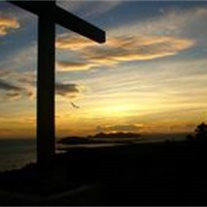 Terry L. Jenkins, 62, Brookfield, passed away on Friday September 2, 2011 at University Hospital and Clinics, Columbia. Memorial services will be held at 2:00 pm Friday September 30, 2011 at the First Baptist Church, Brunswick with Reverend Kentrell Lee and Reverend Lanny Lybarger officiating. Burial will be in Evergreen Cemetery, Dewitt. Memorial donations have been suggested to the family and may be sent to Rhodes Funeral Home, 216 Linn Street, Brookfield, Missouri 64628. Terry was born on May 17, 1949 at Dewitt, Missouri, son of Wilbur Dean and Jessie Frock Jenkins. He had worked as a custodian for many years and was a member of the First Baptist Church of Brunswick. He is survived by his mother, Jessie Jenkins, Brookfield; three brothers; Larry Jenkins, Eldon, Mo. Rick and wife Joyce Jenkins, Brookfield, and Vern Jenkins, Trenton; two sisters, Leona Madden, Kansas City, Linda Al-Hilfy, Brookfield; and a close friend, Nancy Brown, Columbia; many nieces, nephews and other relatives. Terry is preceded in death by his father and one brother, Gary Lynn Jenkins.

The family of Terry L. Jenkins created this Life Tributes page to make it easy to share your memories.