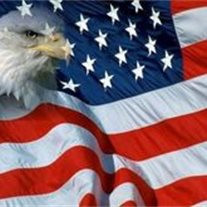 Wayne L. Davolt, age 81, of Brookfield passed away on Friday, August 23, 2013 at Life Care Center in Brookfield, Mo. Funeral services will be held at 11:00 a.m. Tuesday, August 27, at the Freedom Baptist Church with Pastor Ron Adrian officiating. Burial will follow at Rose Hill Cemetery in Brookfield. A Masonic service will be held at 6:00 p.m. on Monday, August 26, at the church with family receiving friends from 7:00 to 9:00 p.m. Memorials in Wayne's name have been suggested to Shriners Crippled Children's Hospital, Brookfield Masonic Lodge #86, AF & Am, or Florence Chapter #124, Order of the Eastern Star, and may be left at or mailed to Rhodes Funeral Home, 216 Linn St., Brookfield, MO 64628. On-line condolences may be made at www.rhodesfh.com. Wayne Lewis was born November 2, 1931 in Bucklin, MO, the son of George A. and Ethel F. Bailey Davolt. He attended school in Bucklin before moving to Brookfield where he graduated high school in 1949. He was a veteran of the Korean War having served in the Air Force. He married Aletha Burns. They had two children, Brenda and Steve. In his earlier years, Wayne raced motorcycles, stock cars and go-carts. He enjoyed camping, fishing and time spent in the mountains of Montana. In the early 1960's, he went to work for the CB&Q railroad. After many years of service, he retired as a conductor from the Burlington Northern railroad. Following his retirement, he became a winter Texan. In the last several years, he spent most of his time there, returning to Brookfield to visit family and friends. While in Texas, he enjoyed golf, shuffleboard, and bowling. In doing this, he made many good and lasting friendships. He greatly enjoyed attending many of the local high school's sporting events. Wayne was a member of Brookfield Lodge #86, AF & AM, and Florence Chapter # 124, Order of The Eastern Star. He is survived by his children, Brenda of Browning and Steve and wife, Jo of Harlan, Iowa, seven grandchildren and five great-grandchildren. Also surviving are his brother and sisters, Delores (Clifford) Summers, J.C. (Carolyn) Davolt, Joan (Ronnie) Fugate, Joylee Ayers, Sharon Gladbach, a brother-in-law, Frankie Hicks, as well as numerous nieces, nephews, and other relatives. Wayne was preceded in death by his parents, two grandsons, and a sister, Darla Hicks.

The family of Wayne L. Davolt created this Life Tributes page to make it easy to share your memories.

Wayne L. Davolt, age 81, of Brookfield passed away on Friday,...